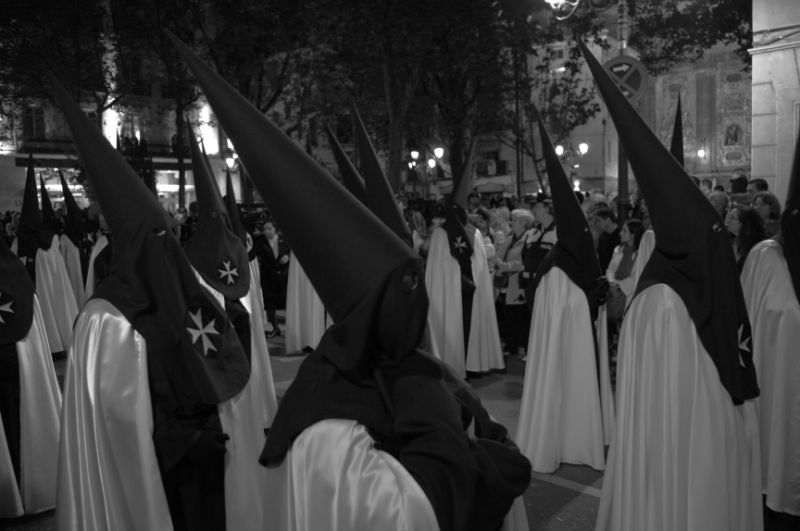 Previous Next
← previous day next day →

I assure you this is not the KKK. I took this photo in Zaragoza, Spain during their Semana Santa (week of Easter). There were 23 Catholic factions in the city wearing similar costumes, but different colours. They marched around with giant drums that could be heard all around the city at nearly all times of the day during the week.